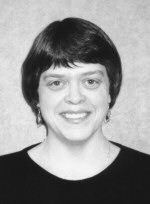 Baptized in the United Methodist Church, influenced by the Church of the Brethren, and raised in the Southern Presbyterian Church, it is little wonder that the Rev. Ann B. Day found a spiritual home in the ecumenically-committed United Church of Christ (UCC). Equally drawn by its Christ-centered life and commitment to social justice, she was ordained in the UCC after completing her Master of Divinity degree at Vanderbilt Divinity School in 1978. While in seminary, she served as the first coordinator of the Women’s Office at the Divinity School.

After seminary, Ann served as associate pastor at First Congregational Church UCC in Holden, Massachusetts, until 1981. In the years following, she discovered and became increasingly involved with the United Church Coalition for Lesbian/Gay Concerns (now the UCC Coalition for LGBT Concerns). In 1987, she became coordinator for its new Open and Affirming (ONA) program, which assists UCC settings in becoming and being ONA (publicly welcoming to LGBT persons). The program maintains the listings of ONA settings in the UCC and, in cooperation with national UCC staff and others, provides the primary leadership and resources for assisting settings in an ongoing process of ONA study and witness.

Ann’s ministry includes writing, preaching, resource development, pastoral support, and offering educational programs. Her partner, Donna Enberg, is the ONA Administrative Assistant, doing invaluable work to keep the database and finances of the program in order and seeing that resources are sent on their way promptly. As staff for the ONA program, Ann and Donna are also actively involved in the ecumenical “Welcoming Church Movement.”

Ann has long had an interest in worship and liturgy, serving for many years on the Annual Meeting Worship Committee of the Massachusetts Conference of the UCC. Her prayers, litanies, and other worship materials have been published in collections including, Flames of the Spirit, Women Pray, Touch Holiness, and Shaping Sanctuary.

In addition to her ministerial work, Ann is president of the E. Rhodes and Leona Carpenter Foundation which has provided funding to numerous LGBT programs and projects (especially those related to increasing LGBT understanding and inclusion in religious traditions).

Ann and Donna enjoy reading novels and eating cheese. One likes things tidy and the other is at home with the cluttered look. They are TV-compatible and do not fight over the remote control; as a result, they will celebrate their 25th anniversary in 2005. Their family includes two grown children and five grandchildren.

All one body
Call to Worship, Worship

We bring the full expression of who we are to worship celebration so we can connect with one another and with God. This Call to Worship beautifully invites us to voice it.